Adding your own Pokémon

This step-by-step guide will walk you through adding custom Pokémon through resource and data packs.

Knowledgeability on resource pack creation and modeling is recommended.

This guide will teach you:

What you will be creating are two things together; a resource pack and a data pack.

In this guide we will be creating both as a single pack.

As a brief summary:

First, create an empty folder. You can name it whatever you want your pack to be called. This will be the root of your pack where you will place all of the files that you will make or gather. Be sure to create and place a pack.mcmeta file in your pack, as this will tell Minecraft that it's a resource/data pack.

To create your Pokémon, you should have assets prepared for it, this means turning your idea or concept into a usable model!

After coming up with an idea or design, you will need to:

In this guide, we will doing all of these using BlockBench, which is a program that can create Minecraft compatible models.

If you’re having issues with any part of the design process, you can always visit the Cobblemon Discord for extra input or feedback.

For this guide, let's use this concept sketch of a Pokémon called Tentaquil... 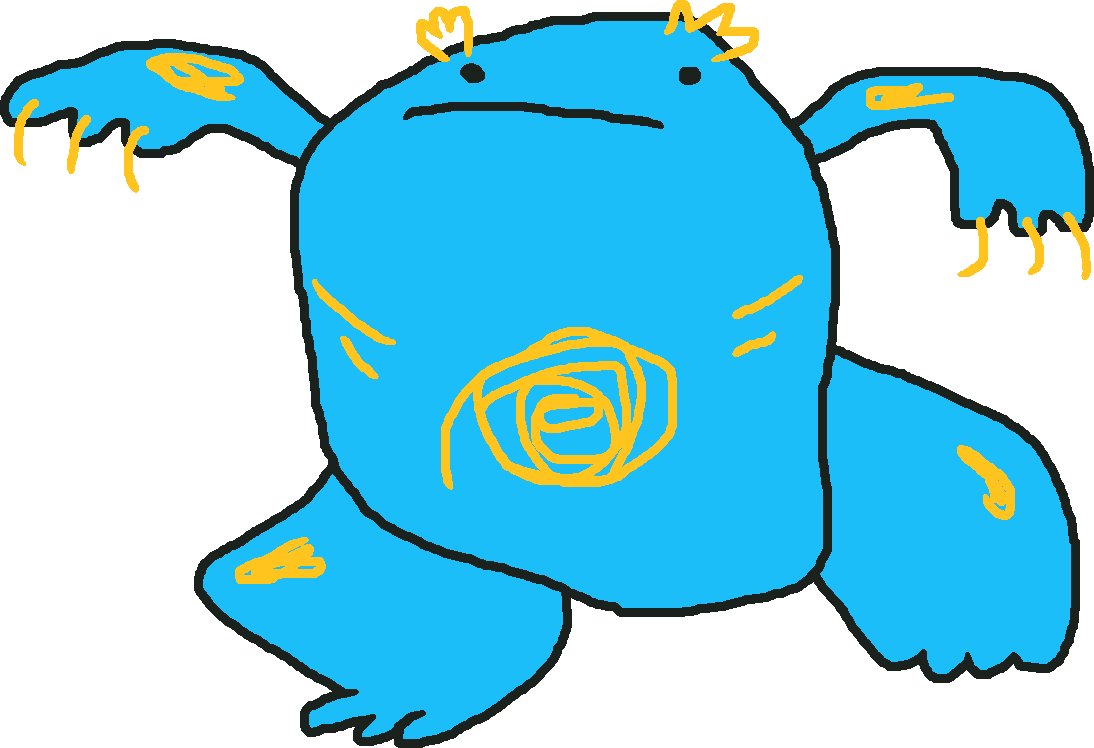 The following sections will go over the formatting for textures, models, and animations before moving on to the specifics of implementation. 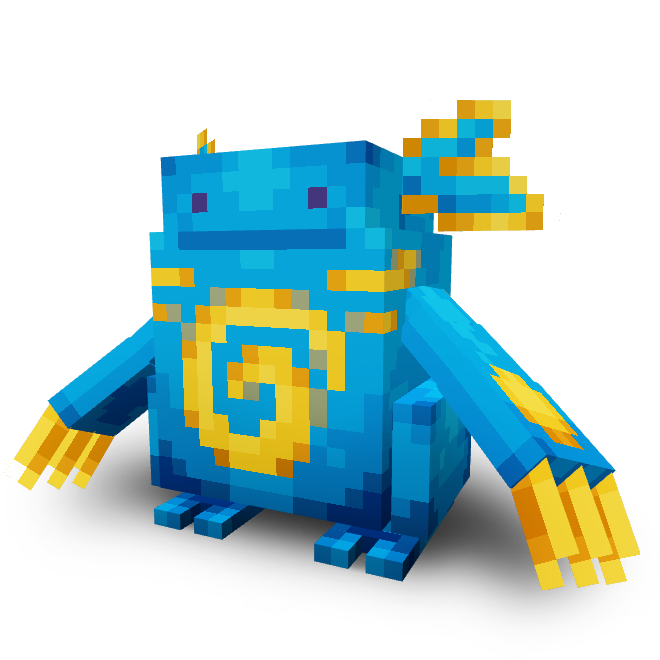 For Cobblemon, Pokémon models are created as Bedrock entities. Although Cobblemon is a mod for the Java Edition of Minecraft, Bedrock entities can still be used. They are the preffered format for Pokémon as they have a greater support for animations.

To create a Bedrock Entity in Blockbench:

This will bring up a pop-up, where you can enter the name of your Pokémon as both the File Name and Model Identifier, preferably in all lower-case letters.

After you are done creating your model, you must export it as a Bedrock Geometry:

This will result in a file called Pokémon.geo.json. In the case for Tentaquil, the resulting file will be called tentaquil.geo.json. This is normal, do not remove the .geo or .json at the end! 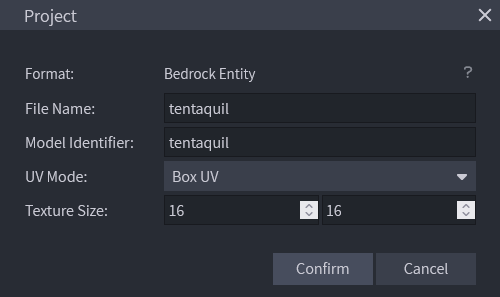 Textures are pretty straightforward, you will simply need to create them as PNG files.

You will need at least 1 default texture for your Pokémon. Although not strictly required, a shiny texture is recommended to be consistent with the Cobblemon standard.

There is no limit to how many textures a Pokémon can have. If you are feeling ambitious, you can create as many textures as you want, which can later be implemented as variants. For consistency, it is also recommended to have a shiny texture for each variant. 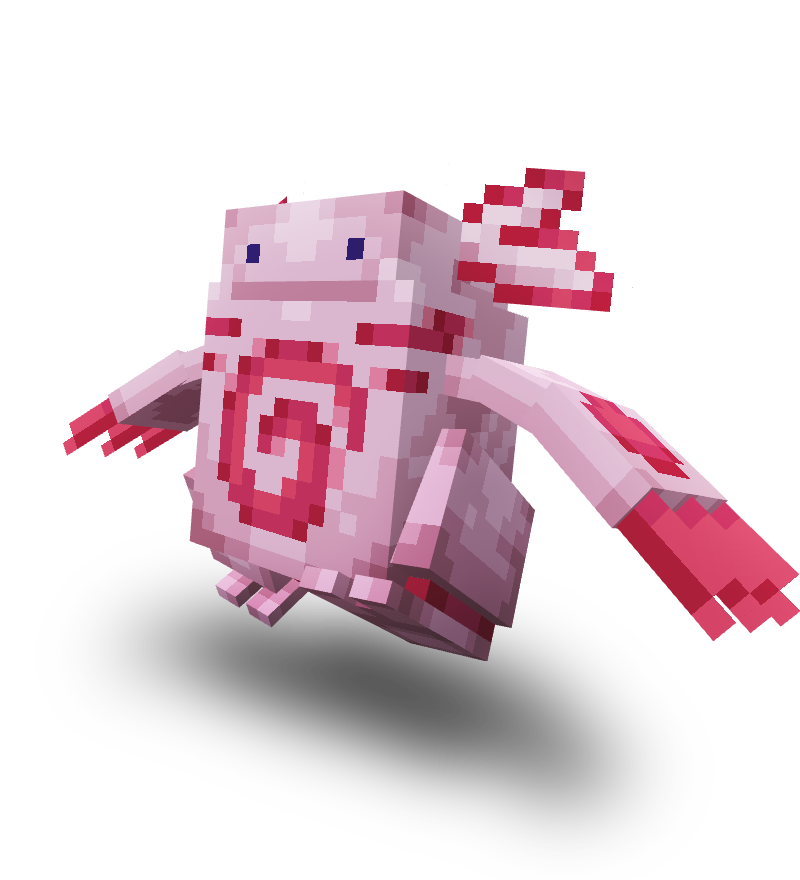 Similar to models and textures, animations can also be created in Blockbench by clicking on the Animate tab.

For Cobblemon, animations abide by the following naming conventions: 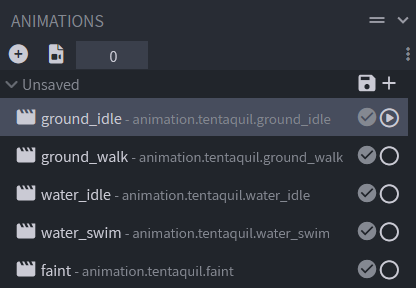 The full animation ID for each animation should be something like animation.Pokémon.name, with Pokémon being the Model Identifier, in this case your Pokémon name, and name being the animation name, e.g. ground_idle.

After you are done with your animations, you can export them as a single animation file by clicking near the top of the ANIMATIONS pane, which should result in a file called Pokémon.animation.json.

Now that you have created or gathered all of your model related files, you can begin placing them in your pack. Here are the directories that you will need to place the files in, with Pokémon being the name of your Pokémon in all lower-case letters, e.g. tentaquil:

Now all of your custom assets are in the right place! We must now create the files that will help Cobblemon understand what to do with them.

In the following sections, we will focus on two kinds of files; posers and species.

Posers are JSON files that create a set of animations for a Pokémon to use.

The poser file should exist in this directory:

The poser file contains information on when the Pokémon will perform certain animations. You can set your Pokémon to only ever perform one animation if you’d like, or you can give it different animations for just about every action it performs!

Below is an example of a poser file for Tentaquil. Hover over a section marked with 𝒊 to view more information.

This file contains information about how the Pokémon will appear in the game, including details about alternate forms. The file naming convention of a preceding number is to account for Pokémon forms.

Below is an example of a species file for Tentaquil. Hover over a section marked with 𝒊 to view more information.

Now that we’ve got all the assets in place, we can now add the Pokémon to the game!

This is done from the data folder within your pack. This section will be extensive, so for now just create a JSON file in the following directory of your pack:

Let's start by adding an opening and a closing curly bracket to the file.

In the following sections we will be adding information in between these brackets.

Let's start by adding in some basic information.

Now let's include the stats.

You can refer to the stats of official Pokémon as guidelines if you plan on making the stats more practical and faithful to the official games.

Here we will be defining the evolution method(s).

The code shown below is from the data file of Pitipole, a custom Pokémon that we have created to be Tentaquil's pre-evolution, rather than Tentaquil as we want Tentaquil to be the final evolution.

The code contains multiple evolution methods for demonstrative purposes, but we'll keep only one for our pack. 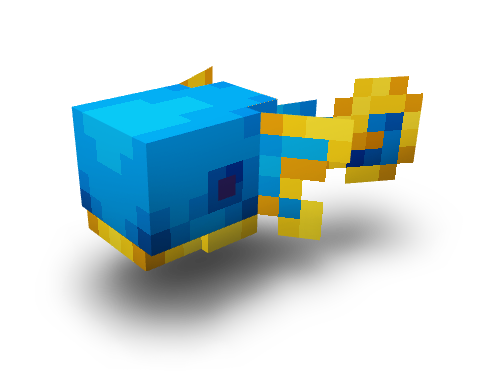 With that, you’ve successfully created your species’ data file! You can go ahead and save it.

At this point, your pack should currently have two directories in it, assets and data, and a pack.mcmeta file.

Now let's test the pack and try loading the Pokémon in game:

You'll probably notice that its name looks a little bit weird though. Let's fix that in the next section. 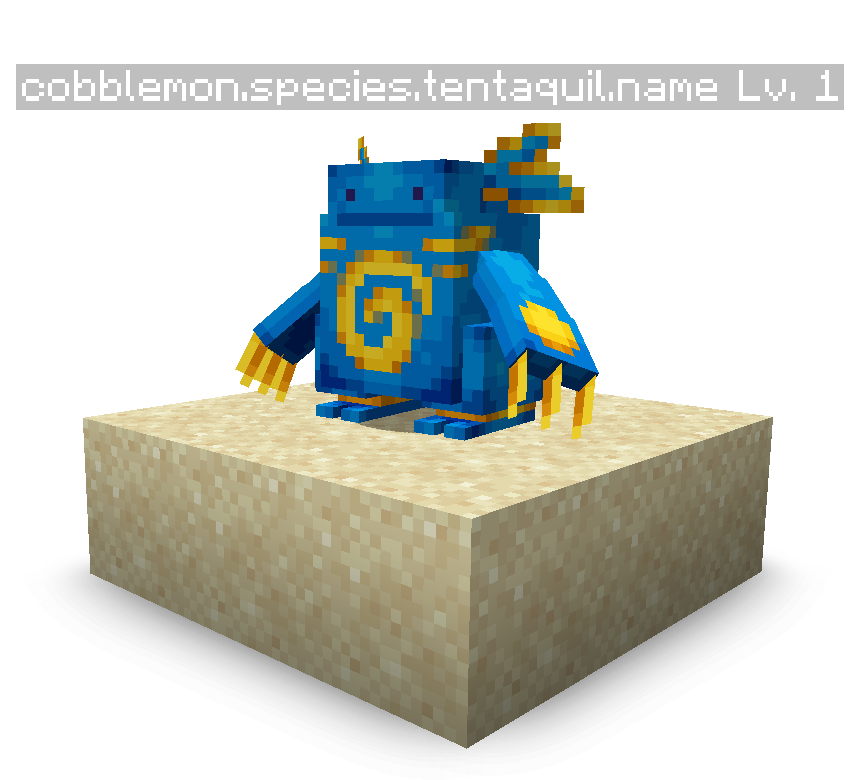 In this section we will walk you through on how to display the Pokémon's name in game. Let's begin by making a language file!

The file's directory should be:

Minecraft will take whatever text is declared in this language file to show in game if a matching key is defined. The purpose of this is so that text such as names can be translated for different languages.

Remember the weird text that appeared above the Pokémon's head when spawned in game? As nothing was defined in the language file, there was no name to display. Now let's add that text as a key.

In this example file, you can swap out tentaquil for the name of your Pokémon.

The keys ending with desc1 and desc2 are the Pokémon's Pokédex entries. Although the Pokédex has not been implemented yet, try to keep the entries short and brief as there may eventually be a character limit.

You can add as many Pokémon names (along with their Pokédex entries) as you want to the same language file if you are planning to add more custom Pokémon to your pack.

Now let's re-add the updated pack to the resourcepacks folder and reload Minecraft.

Your Pokémon should now show the name that you defined in the language file.

If you want to add support for other languages, you can create additional language files. For example, de_de.json for German, fr_fr.json for French, ja_jp.json for Japanese, and so on. All you need to do is change the value for each key.

If you are satisfied with your Pokémon never spawning, you may stop here! Otherwise, we’ve just got a little more work left to do... 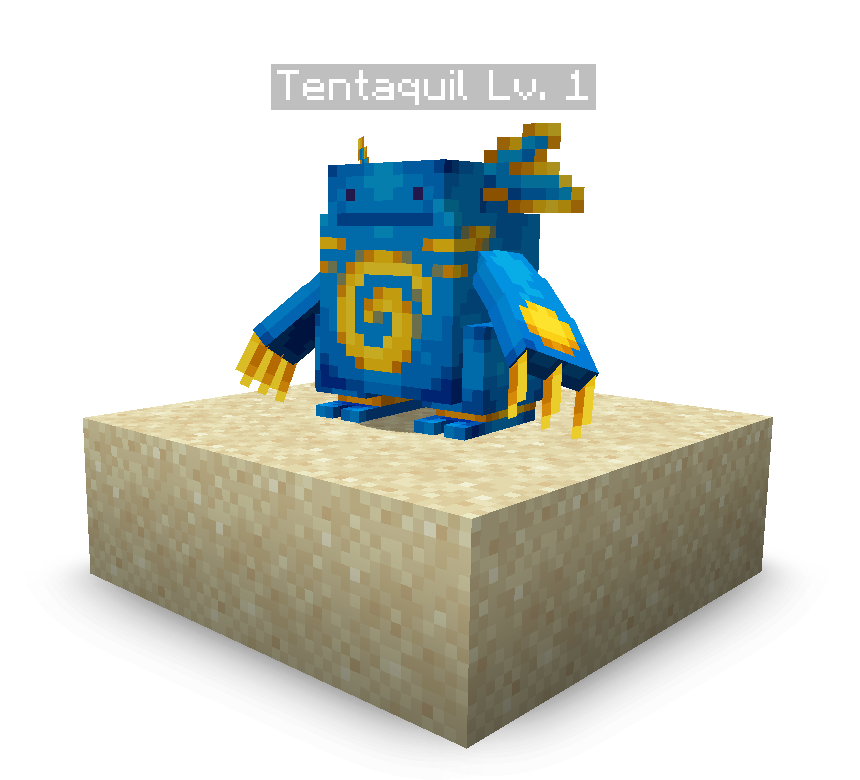 We’re in the home stretch! The last step is to create spawn data for your Pokémon.

The spawn file should be at this directory, with Pokémon being the name of your Pokémon:

If you didn’t create any custom variants, your journey ends here!

Otherwise, stick around for this final section. For context, we’re going to log the custom aspect that we noted earlier, mischief.

To do that, you need a file in this directory, with aspect being the aspect name: 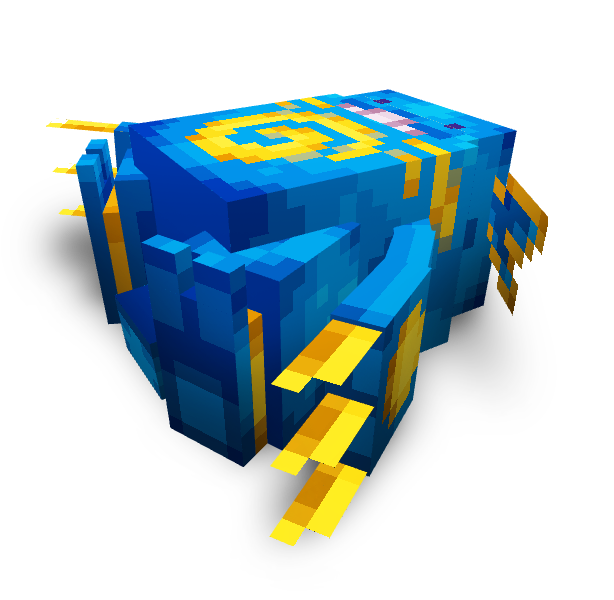 Just repeat this process for every variant that you have created.

And that’s it, you have reached the end of this guide.

You should hopefully now have the knowledge to create and implement your own custom Pokémon.

You can download the pack we have created in this guide here:

Thanks to Eiko for creating the pack and writing the original guide.

Have Questions or Feedback?